Fighting for our lives – yesterday women made history

This is unprecedented. From north to south – women all over the country rose up. Thousands of women joined a nation-wide strike, and tens of thousands more demonstrated in the heart of Tel Aviv, standing together against domestic violence and murder of women. 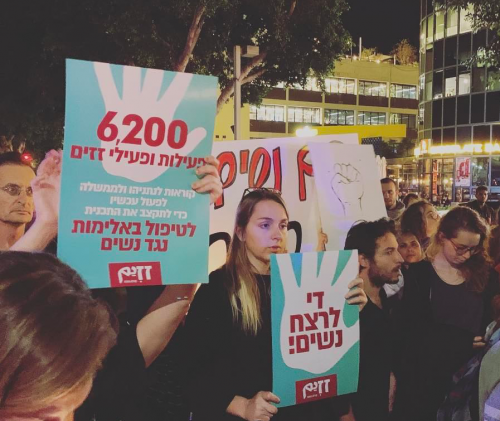 The incredible actions are in response to the horrifying murders of two girls – 16-year-old Yara and 12-year-old Sylvana – who joined 22 other women murdered by male family members or partners in the past year. Violence against women is on the rise – but the government gives hollow promises and refuses to act. Now women and men from across the country, Arabs and Jews, are saying enough – and demanding government action to end the epidemic.

Over 200 Zazim members donated to fund transportation for dozens of Arab women from the north – activists and leaders in their communities – so that they can join the central protest in Tel Aviv. And dozens of other Zazim members marched with refugees and residents of South Tel Aviv for the rights of all women – regardless of status. 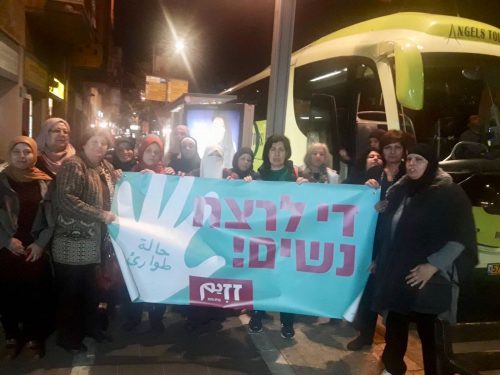 In the past week, over 6,000 Zazim members called on the government to fully fund a program against domestic abuse – which has been approved but left without a budget for over two years. In the last months, thousands of us called on the police to protect women, and dozens more joined protests outside police stations around the country.

This week, the fight to end violence against women broke through to the mainstream, and different sectors – Jews and Arabs, refugees and LGBTQ activists, even soccer players and private companies – all joined the fight. None of this would have been possible without the tireless work of hundreds of women who have been fighting for day-in for decades. Yesterday we made history together – and we were all shown the power of a just and determined struggle. 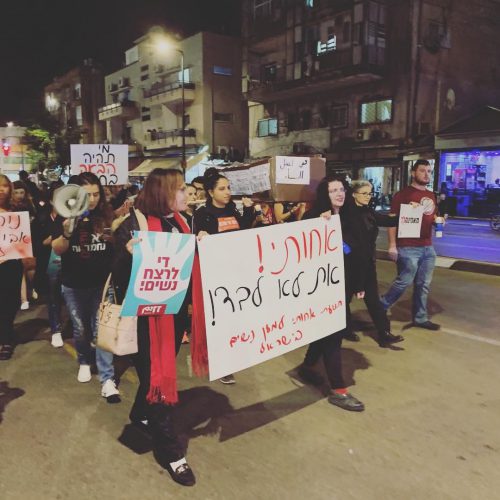 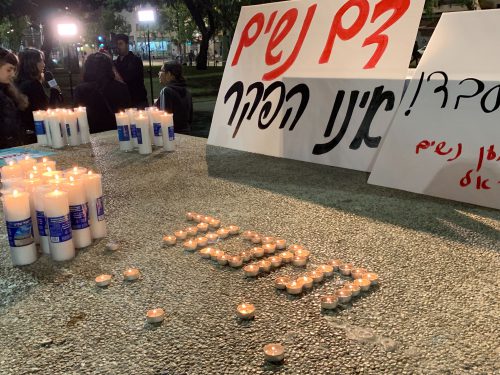 It is these and other women who inspire our work at Zazim. Whether fighting against domestic violence or against home demolitions, at the heart of each of our campaigns is a personal story – but we know that behind each tragedy is a responsible governmental or corporate policy. It is those policies we are fighting to change. And we know that together, women and men, Arabs and Jews, people from all walks of life, we will succeed in creating a safer, more equal, and better future for us all.