Fighting for the next generation

“End the incitement. A better future depends on us.” This is what  thousands of high-schoolers throughout Israel saw when they arrived at school on the day marking Yitzhak Rabin’s assassination. Hundreds of Zazim members pitched in for this ‘alternative civics class,’ cutting through the government’s denial and telling the truth about the extreme incitement before Rabin’s assassination – and the frighteningly similar rhetoric still heard today. 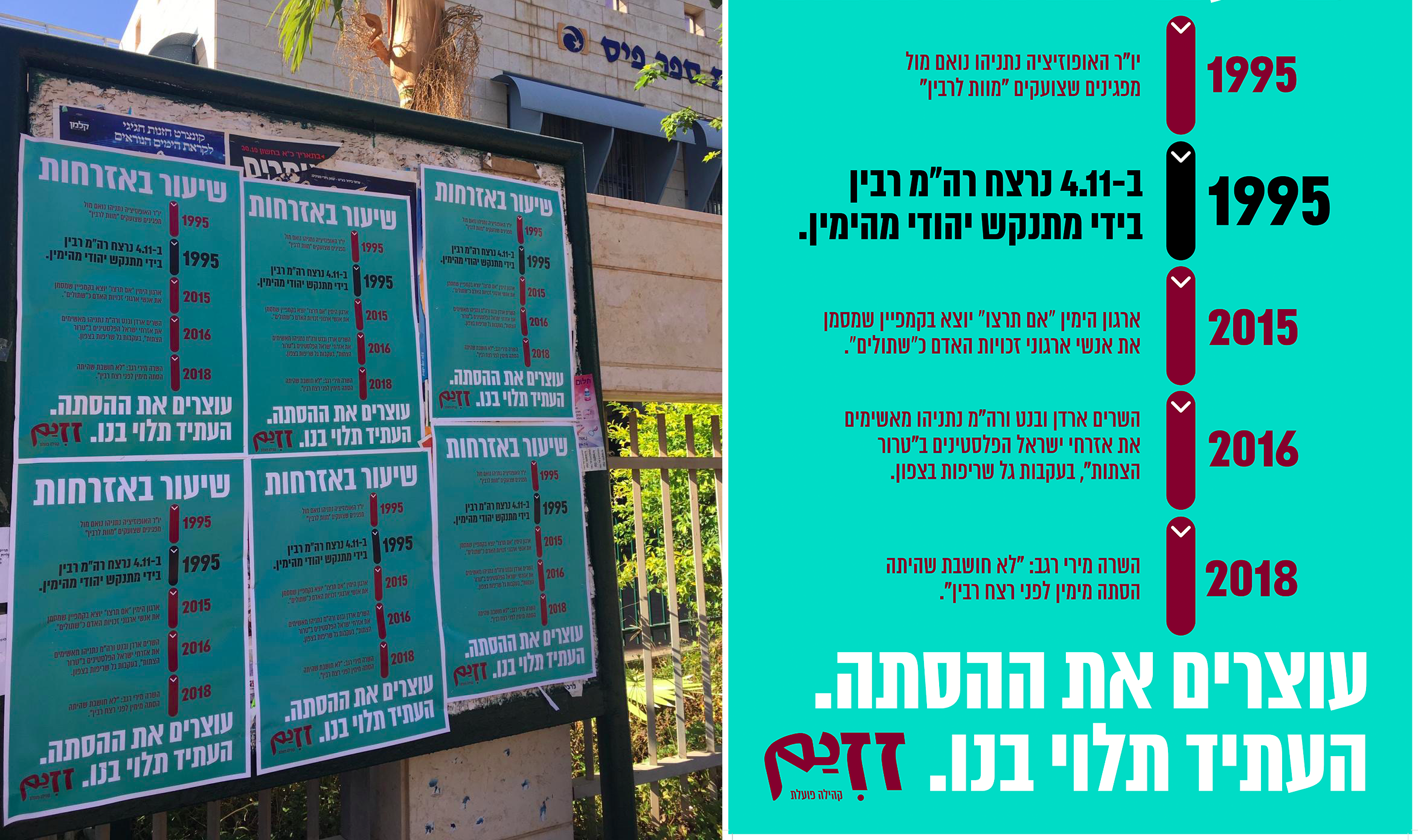 The new generation of high-schoolers’ don’t know what happened in the 90’s – their only version of events fomes from right-wing ministers who consistently deny the existence of the violent rhetoric that led to Rabin’s murder. Worse still, the MKs and even the Prime Minister himself have turned incitement into official state policy – attacking Arab citizens, human rights activists, and “the left” at every turn.

In recent years, Yitzhak Rabin’s assassination has become a key tool for Netanyahu and his government’s  systematic efforts to rewrite history and silence us all. Each year the government becomes bolder in their denial, and more extreme in their incitement.

Faced with the growing incitement against human rights organizations, the Left, and Palestinian citizens of Israel, many prefer not to speak up. But we refused to be silenced.

When Erdan and police chief Alsheikh lied about a “terror attack” during the violent demolition of Umm al-Hiran and incited against the Bedouin residents, thousands of Zazim members publicly called them to resign. And now, hundreds of us pitched in to provide high-school students with the civics lesson that Education Minister Bennet erased from the textbooks.

Our movement is now more than 100,000 strong, and that’s just tip of the iceberg: we represent a large public who share our values, and are partners in our fight. Together we will continue to raise our voice, until we succeed in ending the incitement, and replacing it with a vision of a shared and better future for all.